The Congress ‘Humanizing Digitalization. Digitalizing Humanities’ organised by El Consejo Superior de Investigaciones Científicas (CSIC) in Madrid took place online on the 20 and 21th October 2021. In the first session devoted to text analysis, I explained how to create a multilingual corpus (in Latin, Italian, Hebrew, Arabic) by using the textual analysis software Sketch Engine and how to use this corpus to construct a glossary with Lexonomy an open-source, web-based dictionary writing and publishing system.

I am very happy to present you the result of my online collaboration with the John Rylands Library  in 2020. I have compiled TEI XML descriptions of Syriac manuscripts from the John Rylands Research Institute and Library’s collection. This material was presented in the exhibition Seeing the Invisible (2019-2020) and is now freely accessible on the Manchester Digital Collections. You can discover the manuscripts here. 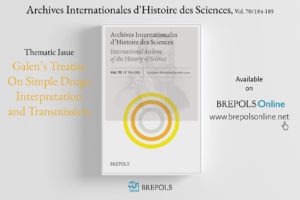 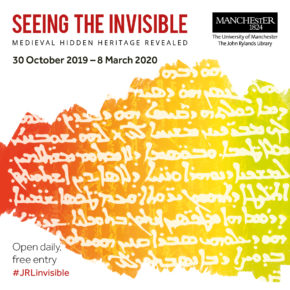 Discover how our research team at the University of Manchester is uncovering the lost heritage of Syriac Christians through the exhibition ‘Seeing the Invisible’.

Curated by Professor Peter Pormann and Dr Natalia Smelova, the  exhibition will run from October 2019 to March 2020 at the John Rylands Library and will display the Syriac Galen palimpsest for the first time in the UK.

The Syriac Galen Palimpsest is an exceptional manuscript containing the Syriac translation of a pharmacological treatise by Galen. Our team at the University of Manchester is organising a two-day conference under the auspices of the British Academy. This conference will gather scientists and humanities scholars who will discuss the methods employed to decipher the palimpsest and the contribution of Eastern Christians in the history of medicine. 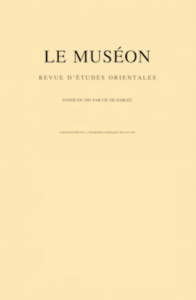 Our last paper in now published:

The treatise On the Mixture and Power of Simple Drugs (Περὶ κράσεως καὶ δυνάμεως τῶν ἁπλῶν φαρμάκων) by Galen of Pergamum (129-216) is transmitted in a number of Greek manuscripts, and was translated into Syriac and Arabic. One Greek manuscript, Vatican Urbinas gr. 67, contains a passage from book IX about digamma and ‘Armenian earth’, not transmitted in the majority of Greek manuscripts and not included in the standard Greek edition by Kühn (1826). Galen called ‘Armenian earth’ a mineral that probably was orpiment, although the exact identification remains problematic. We now present a critical edition of the Syriac translation of part of this passage on the basis of the Syriac Galen Palimpsest; discuss the historic use of digamma; and explore the importance of Galen’s attestation of Armenian words.

Our team at the University of Manchester had the great opportunity to collaborate with the Stanford Synchrotron Radiation Lightsource at SLAC National Accelerator Laboratory in order to perform rapid-scan X-ray fluorescence (XRF) imaging of several folios from the Syriac Galen Palimpsest which were unreadable. The initiative has received press coverage in the US like here in Newsweek. Read more about the X-ray imaging of the palimpsest on the SLAC website.